The 2018 Consumer Electronics Show is wrapping up today, bringing an end to a week's worth of non-stop announcements about all of the new products we can expect to see over the course of the year. For our last video, we asked MacRumors videographer Dan to spend some time on the show floor, hunting down the most interesting products he could find. Not everything we're sharing today is Apple related, but we thought MacRumors readers might want to see some of the zanier things on display at CES.

Robots were big at CES, some of which were offering an impressive level of detail and intelligence. Jibo, a $900 "social" robot that's already for sale, was on display, as was the CLOi Robot from LG. LG's CLOi is designed to control smart home products, but it had a bit of a rough start this week when it failed to perform at an LG event. You might have seen Jibo in person already, because the company has been showing it off at mall kiosks and other locations. Jibo has a built-in camera for both facial recognition and capturing "special moments," plus he can dance, answer questions, play music, and more. Other robots on display were just plain odd. Robotis had a bunch of its programmable $499 Mini Humanoid Robots set in a choreographed dance to South Korean hit song "Gangnam Style." Robotis also had a pet dog robot on hand, which was able to roll over, wag its tail, and even pretend to go to the bathroom. 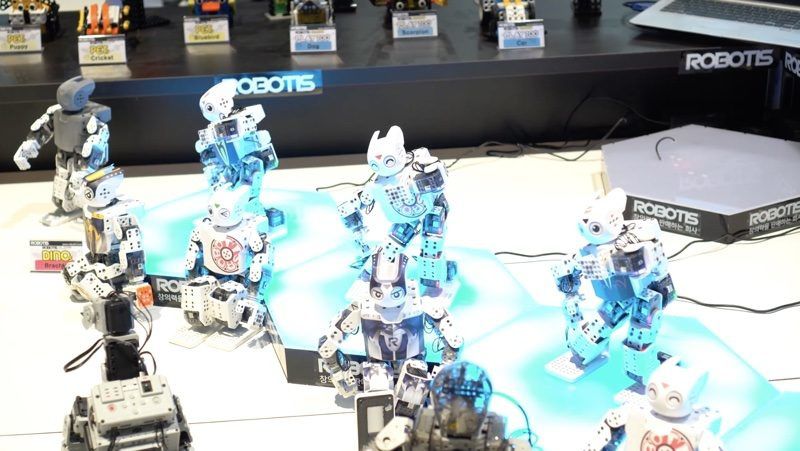 Some robots were more conceptual than consumer oriented. Omron, for example, was showing off its Forpheus ping pong robot, which can play a mean game of table tennis. In the future, Omron has goals beyond ping pong or Forpheus, but for now, it's an interesting proof of concept demonstrating what robots are capable of. Beyond robots, there was some impressive TV tech being demonstrated at CES. LG created an entire tunnel filled with OLED TVs to simulate walking through a forest, while Samsung showed off its 146-inch microLED modular TV, "The Wall." The Wall scales out to as large as 146 inches, which is the average size wall a consumer might have in a house. It's modular, though, so if your wall is smaller, it can be built smaller, too. Samsung hasn't provided pricing on The Wall, but we imagine it's going to be a lot more than most people want to spend for a TV set, even one as cool as this. 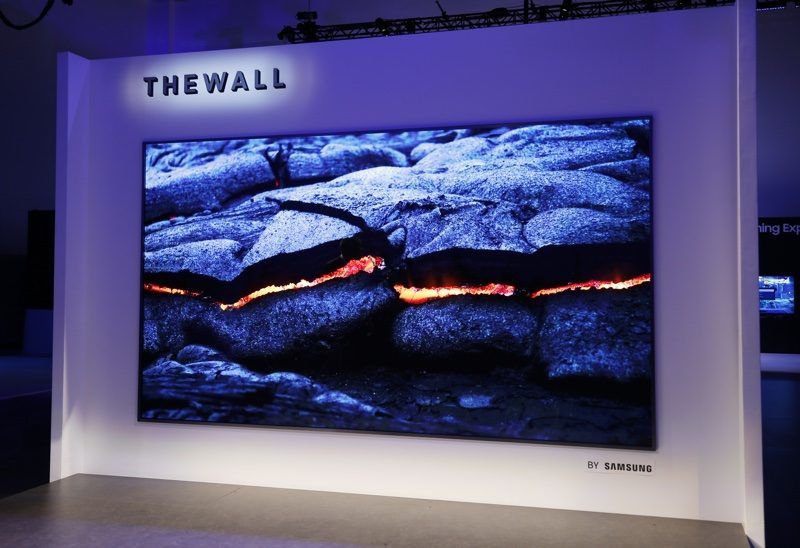 Though not quite as visually interesting, the latest Vivo phone was being shown off on the show floor. The Vivo is notable because it's the first phone that includes an in-display fingerprint sensor, courtesy of Synaptics. Apple was rumored to be working on this kind of technology, but the company ultimately went with Face ID. Cars and other alternative transportation methods were also a highlight of CES, with companies showing off everything from the luxurious to the futuristic. There were also plenty of electric bikes and scooters, including an FAA-approved collapsible electric scooter from Immotor. It's sleek, folds down into a tiny package, and offers a 16 mile range on one charge, but it's expensive at $1,500. Our CES coverage is at an end for 2018, but we'll be seeing more of many of these products over the course of the year. If you want to catch up on our coverage, make sure to check out our CES 2018 hub, and don't miss our roundup of some of the best Apple-related accessories we saw at the show.

Article Source:  The Most Interesting Products We Saw at CES 2018